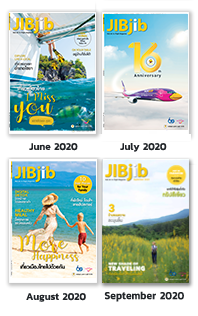 • What is the Company’s business?
Nok Airlines operates low cost airline that has the most coverage destination in Thailand.
• How is Nok Air different from other low cost airlines?
Nok Air has positioned itself as a high quality budget airline. Its airfare rate is slightly higher than competitors but the rate does include various services, such as loaded baggage, snack and advanced seat selection. These differentiate Nok Air from the other budget airlines in which their air fares do not cover such service related to aviation.
• Which international routes are currently operated by Nok Air?
• How does Nok Air cooperate with NokScoot in terms of interlines and codeshare?
Nok Air and NokScoot have a Joint Route Network project in which the two airlines altogether provide larger choice of destinations for passengers. The short-haul flights (around 4-hour flights) are operated by Nok Air while the medium-haul flights (more than 3-hour flights) are operated by Nok Scoot.
• How do Nok Air and NokScoot collaborate to set business strategy together?
Nok Air and NokScoot have jointly invested in the inter-airline ticket reservation system which was developed by Air Black Box Asia Pacific Ltd. The system offers a wider choice of destinations and flights and the connecting flights between the two airlines.
• What is Value Alliance?
Value Alliance is the world’s largest low cost carriers (LCCs) alliance among eight budget airlines - Cebu Pacific (including subsidiary Cebgo), Jeju Air, Nok Air, NokScoot, Scoot, Tigerair Singapore, Tigerair Australia and Vanilla Air. The alliance should provide greater connectivity and choice for travelling throughout Southeast Asia, North Asia and Australia. Meanwhile, passengers are able to view, select and book the best-available air fares on flights from any of the airlines in a single transaction.

• Which routes does NokScoot currently operate?
At present (as of 31 June 2016), NokScoot’s destinations include Nanjing, Qingdao, Tianjin, Shenyang, Chongqing, Taipei, Singapore, Osaka and Tokyo. However, flying routes to Osaka and Tokyo operate by Scoot.
• What are the subsidiaries that the Company has invested in?